WRITING - how to get started I think we authors are a funny lot. We store experiences for half a lifetime and then, somewhere out of the depths of our consciousness we give them birth again, without even realising that they have been buried all along.

This has recently happened to me. My second book, ‘Beyond Promises’ is set for the most part in Barcelona and along the Costa Brava coast of the 1980’s.

I was in the loft when I happened to find the dusty notebooks I’d written when I had taken my first holiday in this area back in the 1970’s and 80’s.

Some notes were only one-line comments, but reading them thirty years later immediately brought everything back to life. I can clearly recall sitting at the back of that hotel alongside staff that shared with me their working experiences.

The feeling of anger that I’d experienced at the time returned as I read my notes. The waiters and cleaning staff were being treated in such an unfair way. As well as the extremely long hours, having to pay for their own uniforms, being expected to turn their hand to any job that needed doing, their pay and living quarters were abysmal. I tried to encourage them to take combined action against the injustice, but this was met with shrugs or worried looks. Despite his death Franco still alarmed these people from the grave.

I was even reminded of why I had wanted to go on holiday to Barcelona in the first place. Some of you may remember Manuel from the 1970’s BBC sitcom ‘Fawlty Towers’? He had a catchphrase “I know nothing, I am from Barthelona!”  Little did I know way back then that his utterance of these words would lead me to take holidays that would eventually end in the writing of a book. [More on this ‘Barthelona’ pronunciation at the end.]

I visited Barcelona for the first time in the late 1970’s, but the Barcelona I experienced then is nothing like the one that the hordes of visitors encounter today, and I think this filters through in my book. Back then Barcelona was facing a critical situation like other industrial cities in Europe, who were suffering from the consequences of industrial dismantling, plus Barcelona still hadn’t recovered from the years of Franco’s rule.

From my 1980’s experiences around the old Barceloneta neighbourhood in Cuitat Vella, I gave the main character of the book his first glimpse of Barcelona. It was one that I had experienced ...

Charlie pointed to a balcony ahead that had half-collapsed. It looked in a precarious state and part of what was left hanging threatened to collapse onto the street.

“Civil War.” Dee said dismissively as she walked underneath it. “There’s a lot like it.”

Soon the streets adopted uniformity in construction and the scene changed again becoming even poorer in appearance with critical signs of wear everywhere. Clotheslines ran haphazardly from window to window above the street, and now it was not only children dressed in rags. The adults had joined them in similar appearance.

The many groups of men who were crammed onto makeshift benches outside buildings were silent as they passed. They stared at the three visitors with dead eyes and Charlie could see skin through the many holes in their dirty clothing. When near them he had difficulty raising his eyes above the bare feet of the men. There were very few lucky ones that had what might be generously described as shoes, and these were invariably tied on with string.

Johnny gripped Charlie’s hand tightly. “I don’t like those men.”

To be honest ‘those men’ frightened me a little too, but in the book I transferred my fear to be that of Johnny, a young boy.

My 1980’s notebooks clearly described those poor men with shoes fastened to their feet with string, which is why I could so vividly bring them to life in the above passage.

Now let’s return to Manuel and his pronunciation of Barcelona.

You’ve probably been told [as I was] that it is because someone high up [a king? his wife? their dog? A prince? – depends upon who is telling the story] had a lisp and everyone amongst this top echelon of Spanish society tried to copy him so he didn’t feel stupid. [My theory is they just wanted to keep in favour! that is if the lisp theory has the remotest bit of truth in it].

I have asked my Spanish friends about this lisp story and the usual reaction is ‘What!’ [‘Qué?’– cue Manuel again], and they usually tell me that it is absolute nonsense. 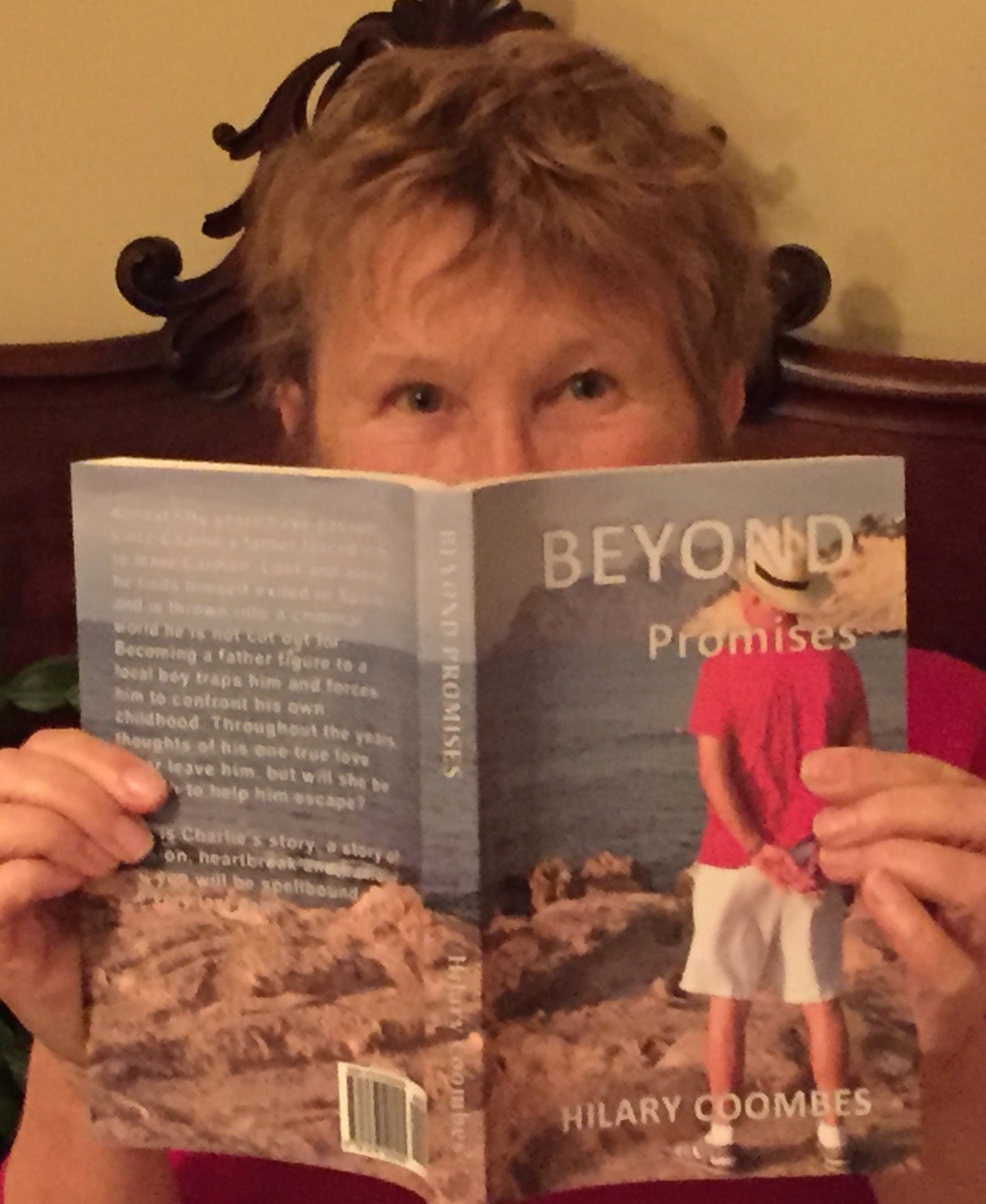