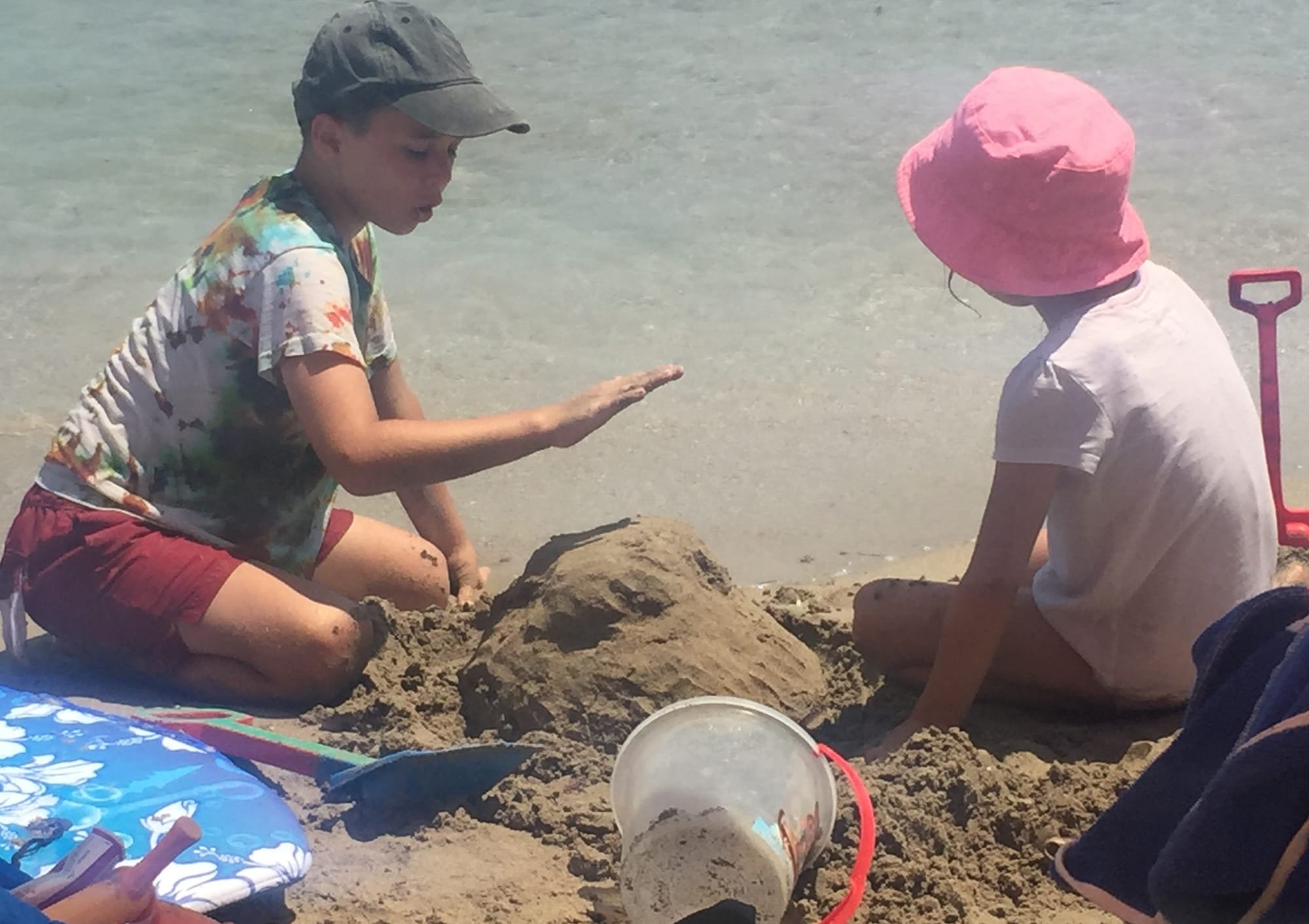 I think I’m slowly (nay quickly) going quite, quite, crazy! Honestly you can’t make this sort of thing up. We have our grandchildren staying in Spain without their parents for a few weeks. This is a typical encounter.

Grandson arrives in our bedroom very early and chats (nonstop). I rub my eyes trying to wake up quickly.

Granddaughter arrives in a rush bringing A. A. Milne’s book, ‘When we were very Young’.

“Look after my book,” she calls as she throws it on the bed. “I’m going to the loo!”

She is sat on the floor in the loo, and won’t speak.

My husband gets up and organises chatty grandson to go to the local shop together to buy croissants (something he loves – grandson that is, husband not that keen).

Granddaughter still in loo, but has decided to lock the door. Still not speaking.

Another ten minutes has passed

Husband returns from shop with no croissants because he forgot to take any money! He returns once more to shop (the heat has racked up now: it does that very quickly in August) without grandson who doesn’t wish to go.

Grandson now throws a hissy fit because … ? Well, to be honest I have absolutely no idea.

Grandson wants to use the loo granddaughter is in, despite that we have another loo upstairs which is empty.

Granddaughter unlocked loo door but won’t come out of own free will, so I insist. After discussion she says she has no idea why she sat there, and suddenly announces she’s ready to read the book with me.

Husband back, (sweating-buckets), however he is now armed with croissants.

Granddaughter announces that she no longer likes chocolate (she adored it yesterday!) so she doesn’t want her chocolate croissant.

Grandson vacates loo (heavens knows what he’s been doing in there), and rushes to breakfast table. “I’ll have her croissant,” he yells.

“No. No. No. You won’t. I’m eating it,” she shouts as she quickly takes the croissant from her plate.

Grandparents look at each other. “I think I don’t understand today’s little children, Mummy,” he says to me – I’M HIS WIFE! We collapse in side-splitting laughter, tears rolling down our faces, watched by two goggle eyed children who have no idea why their grandparents have become quite quite silly! J

I am missing creative writing so much. I just about manage a shopping list, and even then I accidently leave essential things off.  Not being able to write is like cutting off the lifeblood for an author.  So I’m writing this in the wee small hours when little eyes are closed.

I’m certainly finding it impossible to write a single word of book four, and I take my hat off to any writer who is a parent with young children … you are awesome!